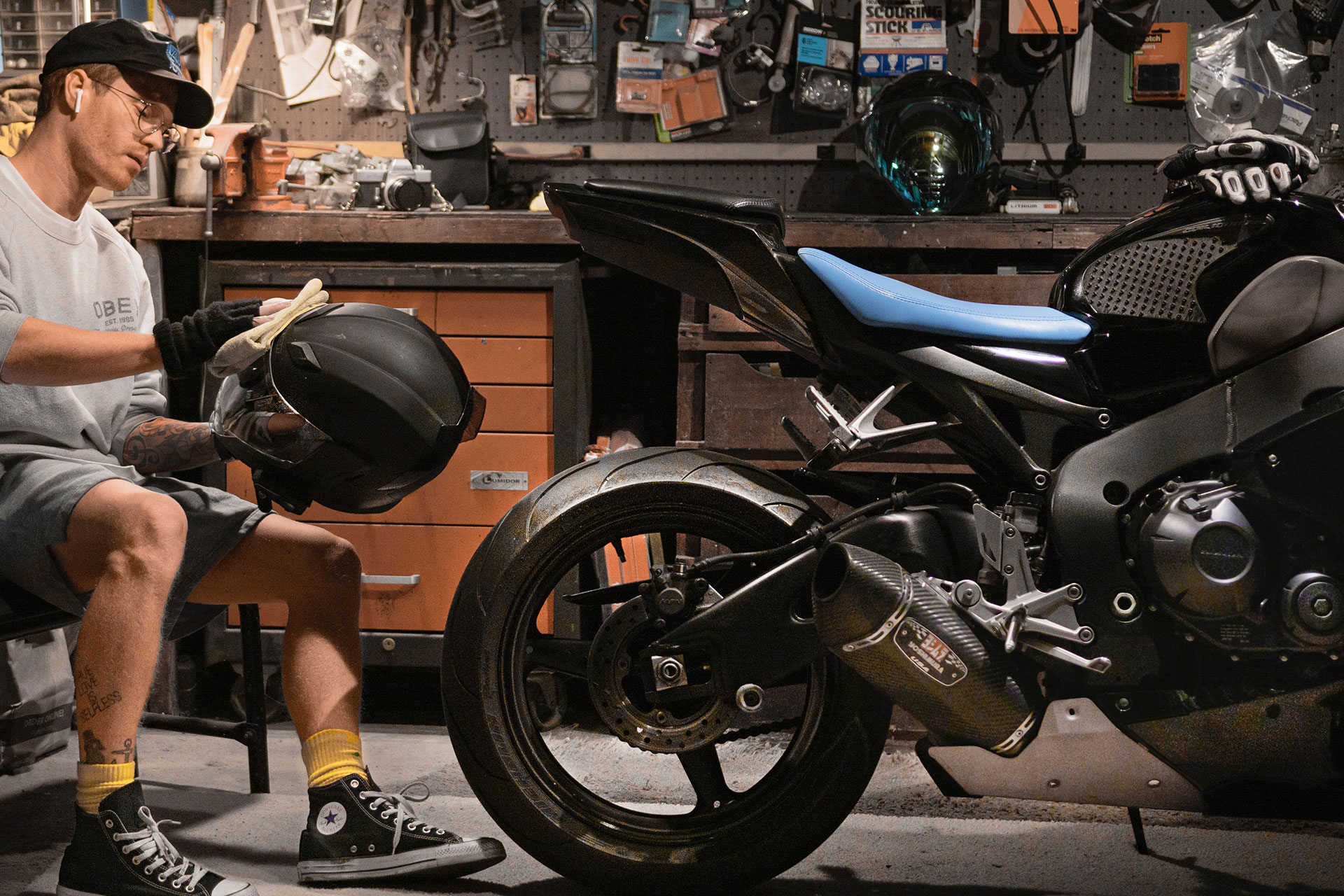 In 1903, Milwaukee became the birth place of Harley-Davidson. Over the last one hundred and twenty years, Harley-Davidson has become one of the most influential automotive manufacturers in the world. But it wasn’t always the dominant force we see today. In the beginning, Harley Davidson was all about two young adult’s desire to get around town in style. Changing the world in the process? That was just collateral damage.

A thriving economy and quality education system led to great technological innovations in Wisconsin during the turn of the century. In 1901, William S. Harley drafted the first blueprints for a small engine that could fit into a bicycle. He was twenty-one at the time and enjoyed tinkering on engines with his friend, Arthur Davidson. Together the two boys would spend the next two years constructing the first Harley Davidson motorcycle. Walter Davidson, Arthur’s brother, joined the duo and helped put Wisconsin on the automotive map. In the winter of 1903, the trio sold their first motorcycle to a school friend, Henry Meyer.

Wisconsin’s topography and lack of paved roads helped carve out a very specific style for Harley-Davidsons. Their tough aesthetic was built on necessity. Motorcycles in the 20th century went through the ringer on a daily basis. The car was growing in popularity during this time, but concrete and asphalt roads would not reach prominence for another two decades. The motorcycle’s off roading capabilities and steady handling made them desirable for travelers.

It was in 1917 that the Harley-Davidson’s jack of all trade quality lifted it to global relevance. When the United States entered World War I, the military invested in bikes and motorcycles for the war effort. It’s estimated that the US army bought over 20,000 Harley-Davidson’s throughout the conflict. After the war, Harley-Davidson’s were firmly associated with patriotism. That trend continues today. Though the Great Depression nearly destroyed the motorcycle industry.

Only two American motorcycle manufacturers survived the Great Depression. Of course, Harley Davidson was one of them. Though motorcycle sales had very little to do with it. Wisconsin and much of the United States tried to rejuvenate the economy by investing in power. Harley-Davidson found success in using their engine technology to manufacture power plants. This practice was responsible for keeping Harley-Davidson in business. One other invention played a smaller, but important role. During the depression the company released a three-wheeled delivery vehicle named the Serve-Car. It became quite popular as the economy recovered and remained in production until 1973.

The 1950s and 60s were not particularly kind to Harley-Davidson. In 1952, the company applied to the U.S. Tariff Commission for a forty percent tax on all imported motorcycles. Instead, they were charged with restrictive practices that forced production costs to rise. This led to a buyout by the company, American Machine and Foundry (AMF) in 1969. AMF streamlined production and slashed the workforce, leading to a quick diminishment in quality that had long-lasting consequences. In the void that was left, Japanese motorcycle sales grew rapidly. The bike’s superior performance and handling at a lower price, gave them market control.

Harley-Davidson’s decline hit a breaking point in 1976, when the company produced their Liberty Edition motorcycle. The bike was meant to commemorate America’s bicentennial, but it drew criticism for its Confederate Edition. Which was essentially a stock Harley-Davidson with a Confederate-specific paint job. The situation led to all time low sales reports and AMF eventually selling Harley-Davidson.

It was the spring of 1981 when AMF sold Harley-Davidson to thirteen investors for $80 million. Included in those investors were Vaughn Beals and Willie G. Davidson. This change in leadership marked a massive resurgence in the Harley-Davidson brand. Headquarters in Milwaukee boomed with creativity as motorcycle production rose. The return to form included a switch back to more traditional Harley-Davidson styles. Rather than competing with Japanese manufacturers on sleek builds, Harley-Davidson went back to their classic, sophisticated look. Customers quickly came flooding back and Harley-Davidson was soon on track to regain their market share. The company celebrated its one-hundred-year anniversary in 2003, once again a dominant force in the automotive industry.

Harley-Davidson was the brainchild of two Wisconsin born twenty-one-year olds. Though they could never have imagined the winding road their initial motorcycle would take. From a motorized bicycle to military necessity to symbol of American ideals, the Harley has transformed over and over again. After nearly one hundred and twenty years of innovation, the one driving force that has kept Harley-Davidson going is its commitment to quality and style. As technology grows and changes in the coming years, it’s going to become even more difficult to hold onto tradition. Which makes it fascinating to see what Harley will do next.